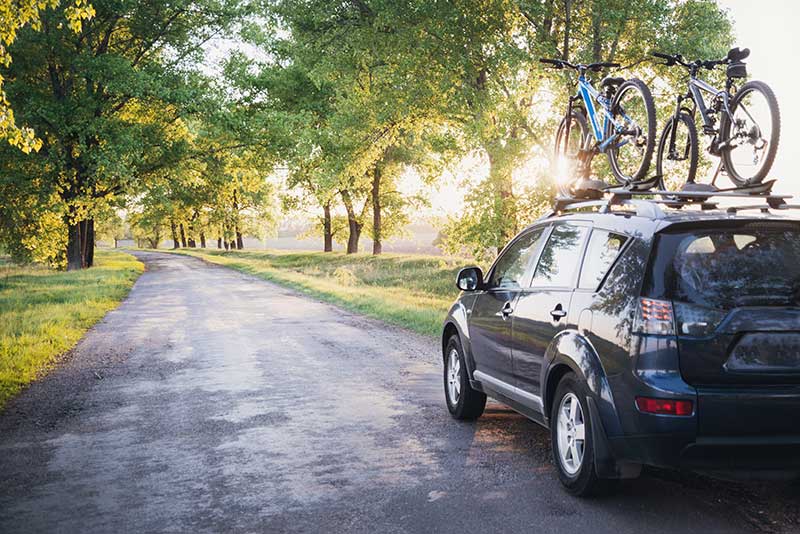 Recently, a friend of mine asked me what he should do about his current car situation and as we got to talking about it, it occurred to me that our discussion might make a good blog post that could examine whether someone seemingly car-dependent could make the dramatic move to going totally car-free.

Here’s where he’s at right now. Three years ago, his old car from high school finally broke down, and, needing a new set of wheels, he decided to opt for a lease. His lease comes to an end this year, so he’s now at a forced decision point. Does he buy a car? Does he get a new lease? Or can he forget the car altogether and go with a car-free lifestyle?

First, a caveat. I’m not a car expert by any means, so take this as a post of someone on the internet just thinking out loud (and trying to think outside the box). This isn’t meant to be a judgmental post either. We’re just thinking about how someone can go car-free.

There are two things I definitely know are true about cars though: (1) cars are expensive to own, maintain, and use; and (2) most people underestimate how much their car really costs.

Breaking Down His Car Costs

To get a sense of how much my friend’s car costs, let’s take a look at what he pays for his car. Each month, he pays the following fixed costs:

In addition to these fixed costs, he also has variable costs with gas, typically around $40 to $60 per month. There are probably other variable costs that come into play as well (think things like parking tickets if he gets any, costs to park in different parking lots, etc). Most of the time, maintenance costs would also be on this list, but my friend’s car lease actually has the dealer paying for maintenance, so he’s never had to pay for maintenance for his car other than oil changes, which aren’t very expensive. He’s also not going to go over his lease mileage amount because he doesn’t drive very much, so that isn’t a cost he has to deal with.

Adding it all up, we’re looking at $413 per month of fixed costs for my friend to have a car, plus an average of about $50 per month for gas, or a total of about $5,556 per year in vehicle costs. Compared to your average person, this actually isn’t so bad – your average person likely spends closer to $8,000 or $9,000 per year on their car. Still, his car is his second-largest expense outside of his housing costs.

Years ago when he was trying to figure out what to do about his car, my advice to him, given what I knew about his lifestyle, was to try going without a car at all. He’s in a good position to go car-free. He’s a single guy that lives in a downtown area. His office was only a 5-minute walk from his apartment. Then a few years later, his office went entirely remote, which meant he didn’t have a commute at all. Most of his friends aren’t too far away either. And the places that he tends to go to aren’t very far away either.

Really, he had two reasons why he wanted a car: (1) he plays golf almost every day and golf courses aren’t easy to get to without a car, and (2) there’s a dog park that he likes to bring his dog to that isn’t in walking distance.

The issue my friend had with going car-free was that he wasn’t sure how to handle most of his daily trips that might require a car. He lives in a mid-sized city, so the public transit options are okay, but they aren’t great.

Most of us in the financial independence world would tell him to grab a bike and start biking. However, biking isn’t an option for him because of a legitimate health issue (it’s a reason to remember that being able to bike is a privilege that not all of us have, and health issues aren’t always something you can control). Things, however, have changed a lot over the past few years that make going-car free for him much more of a possibility.

Before moving on with why I think he can go car-free, here’s his current situation:

So with that said, here’s how he could go car-free:

1. Day-To-Day Transport: Use An E-Bike Or Electric Scooter.

The landscape of going car-free has changed dramatically over the past three years due to the rise of electric micromobility options. Back when I first told my buddy to try going car-free, the world of electric micromobility was much less developed. Most of us didn’t even know that electric scooters existed and e-bikes were still very much a niche product. It’s only in the past year or so that I’ve started to regularly see e-bikes in the streets, for example.

Having electric micromobility options completely changes the game for many people thinking about going car-free. As much as a regular bike can act as a replacement for a car, it still requires a decent amount of effort to use. I’ve been biking as my primary commuting option for years, but I know that most people can’t do that.

And these e-bikes are fast. My e-bike goes 20-25 mph at an energy level for me that is on par with walking really slowly. The world really opens up to you at those speeds. A 10-mile trip at 20 mph takes about 30 minutes to complete.

Which brings me back to my friend. The first thing he’s been thinking about doing is getting a high-powered electric scooter to serve as his day-to-day transportation. In the electric scooter world, you basically have two types of electric scooters – you’ve got the ones that are more like toys that go 15 mph, and then you’ve got more expensive scooters with big wheels and shocks that can go 30-40 mph. A couple of years ago, my friend bought a $500 Glion scooter and started using that for many of his short-distance trips. It’s worked out well for him, allowing him to use it to cover shorter distances in the 1 to 4-mile range.

Leia Também  Doordash Dasher: What It's Like Delivering For DoorDash in 2021

But a high-powered scooter could really open the world up to him even more. Some scooters are more expensive than others, but he’s thinking about a scooter in the $1,500 range (as a comparison, my e-bike from RadPower cost $1,500). A lot of people balk when they hear how much an e-bike or really good scooter costs, but when you think about it as a car replacement rather than just something to use for fun, it makes a lot more sense. Even an old, crappy car will cost you more than $1,500.

I’ve been a big fan of bikeshare systems for years and in a post-pandemic world, I think they’re even more important as a mass-transit alternative.

One of the really positive developments in the bikeshare space has been the addition of e-bikes. The issue with bikeshare has always been one of accessibility – most people simply cannot commit the energy to riding a regular pedal bike. E-bikes solve this problem by removing that energy problem. 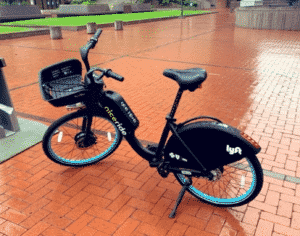 In my friend’s city, his bikeshare system went full electric, with rates of $20 per month for unlimited 60-minute rides. That seems like a pretty massive bargain to me in order to have access to your own on-demand transit that requires basically no personal energy utilization.

3. When A Car Is Absolutely Necessary: Use Ubers, Car Rentals, and/or A Carshare System.

Finally, he might need to use a car in some situations, but that can be taken care of through a variety of means. Since he’s a single guy, most of his car needs are for when he’s going out with friends somewhere and can’t walk to the destination. Ubers or Lyfts easily cover that problem (if he’s partying, he can’t drive anyway).

Long-distance trips are covered by car rentals, especially since those are trips that he can plan out in advance. He also has a lot of Chase Ultimate Rewards points that he’s accumulated via credit card signup bonuses, which means that he could use points to book any car rentals that he needs.

The last category of car usage is on-demand car trips where an Uber might not make sense. In some cities, this can be addressed via free-floating carshare systems. These are systems where you can walk up to the car, rent it using your phone, drive to your destination, and then park it anywhere. Washington DC, for example, has a system called Free2Move that works like this. Years ago, my city of Minneapolis had Car2Go, which I thought was an amazing service and worked perfectly for if I absolutely needed a car for a quick trip somewhere. Unfortunately, in a lot of cities, these free-floating carshare systems are shutting down (presumably because they’re not making enough money).

My friend’s city does have Zipcar, which could make potential sense. Zipcar is a traditional carshare system where you can rent a car on demand by the hour. These aren’t free-floating systems though, so you have to park the car in the parking space where you got it from. My issue with these types of systems is that I’ve never been exactly sure what the use case is for a traditional carshare system since it seems like a pretty expensive way to travel if you have to go somewhere and then bring the car back.

When we add it all up, the potential of my friend going car-free could be interesting. Right now he basically only uses his car to drive to the golf course and maybe to get food every once in a while. He’s spending a lot just to have a vehicle that can complete those two tasks.

Going car-free could free up the $453 per month he spends to have his car (he wouldn’t have to pay for parking or insurance at all since he’d have zero cars). He’d likely spend $1,500 on a better scooter and attempt to use that as his primary mode of transportation. A bikeshare membership at $20 per month could be helpful, but not absolutely necessary. A Zipcar membership could also be potentially helpful, but again, not absolutely necessary. Every Uber or Lyft trip would probably cost $10 to $20, but it’s unlikely he’d have to use Uber or Lyft very often (especially now when his friends aren’t partying).

One thing that is worth taking away from this is to think about your own car use and how you use your car. Can most of your trips be replaced with an electric micromobility option? If you’ve never tried an e-bike or scooter before, you probably don’t understand how much distance you can cover on these vehicles.

Here’s something I’ve been telling my friend though. Why not just give the car-free thing a try? The worst-case scenario is he ends up discovering he needs a car, so he’s back in the same position anyway. The best-case scenario is he discovers getting around with a scooter is more fun and much cheaper than driving around in a car.

At a minimum, it can force him to think much more about the places he goes and the ways to get there – something that many of us don’t do enough of.

Kevin is an attorney and the blogger behind Financial Panther, a blog about personal finance, travel hacking, and side hustling using the sharing economy. He paid off $87,000 worth of student loans in just 2.5 years by choosing not to live like a big shot lawyer.

Kevin is passionate about earning money using the sharing economy and you can see all the ways he makes extra income every month in his side hustle reports.

Kevin is also big on using the latest fintech apps to improve his finances. Some of Kevin’s favorite fintech apps include: 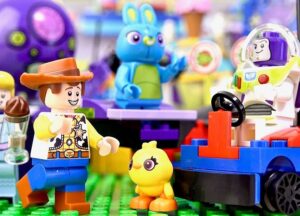